The Missouri Public Transit Association (MPTA) provider members provide more than 67 million transit rides a year almost everywhere for everybody almost every day in Missouri, and they employ thousands in our communities.  Public transit serves customers in every county – rural and urban – and is critical to meeting the transportation needs of Missouri’s citizens.  However, historically, Missouri has ranked near the bottom nationally with regards to funding for public transit. The graphs demonstrates historically the last few years of support for transit.

Good public transit infrastructure improves access to jobs, healthcare and educational opportunities; brings greater economic development; and promotes reinvestment in underserved parts of our community while binding our communities together.

However, the funds available under the Bus Capital and No-Lo Emission programs are significantly lower than the needs demonstrated through the grantee application process. The Bus Capital Competitive Program fell short of requests made by more than $1.4 billion in 2016.

This makes a state funding program for transit operations and capital even more critical moving forward. 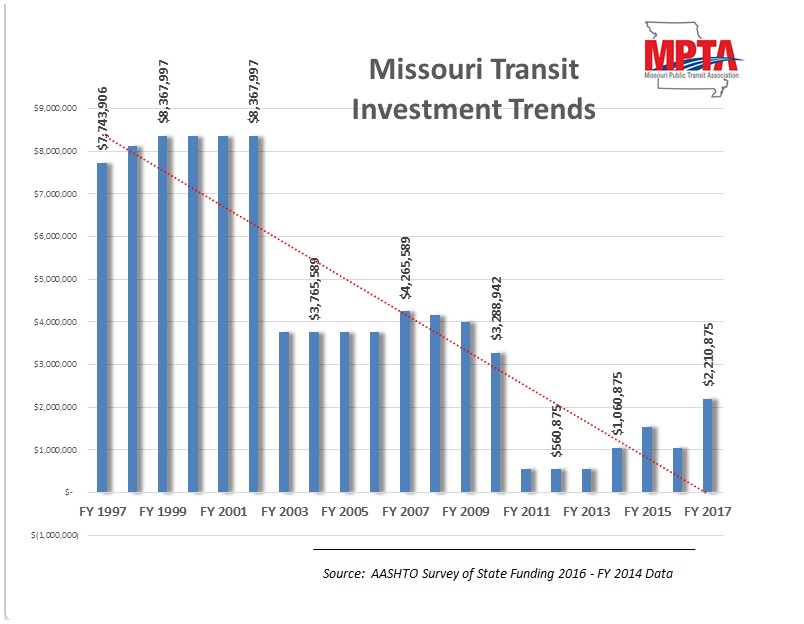 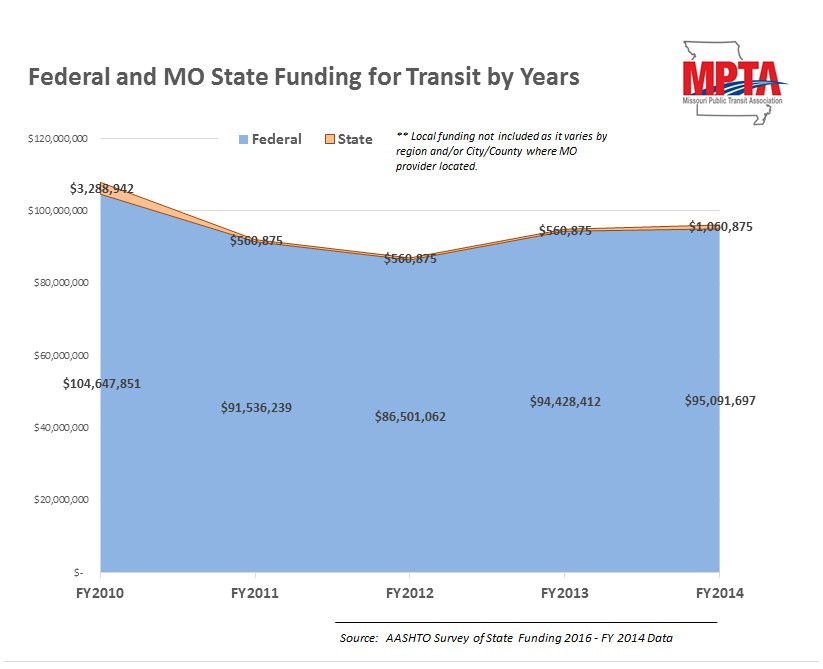