State of Transit in MO Webinar 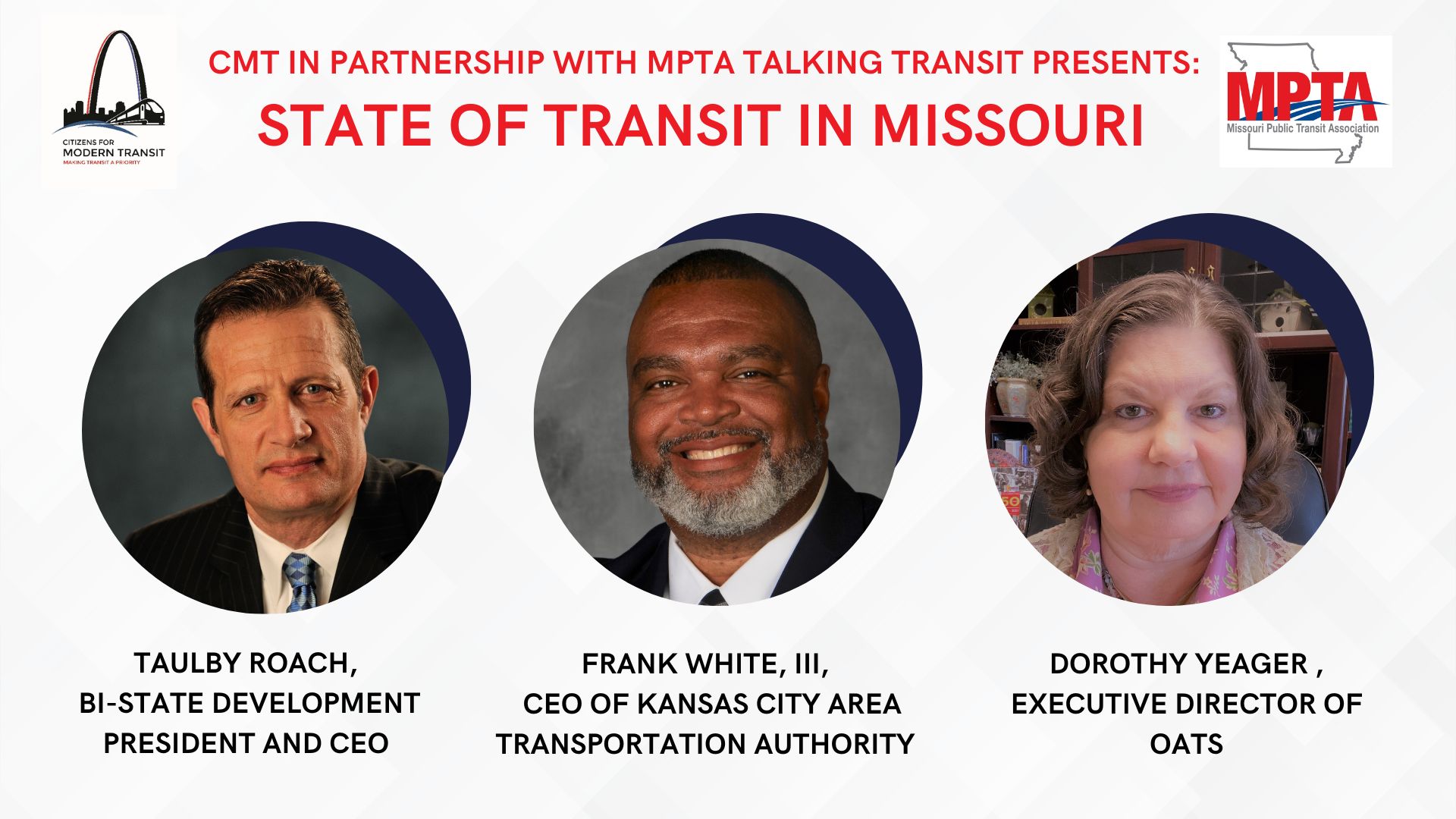 The transit advocacy organization Citizens for Modern Transit (CMT) in partnership with the Missouri Public Transit Association (MPTA) has announced plans for its next virtual “Talking Transit” event, which is set for Thursday, October 27, at 8:30 a.m. via ZOOM. This event will highlight the state of transit in Missouri following a historic win at the Missouri State Legislature this year that increased state funding for the first time in two-decades. Pre-registration is required and can be completed online by following the link here.

On the heels of securing $8.7 million in transit funding from the state that is being split amongst the 34 transit providers operating in Missouri, those in attendance will learn about the latest plans for the two largest urban and the largest rural transit provider. The panel discussion will feature Taulby Roach, President and CEO of Bi-State Development, which operates Metro Transit for the St. Louis region; Frank White, III, CEO of KCATA in Kansas City; and Dorothy Yeager, Executive Director of OATS, the largest rural transit provider in the country. It will be moderated by Kimberly Cella, Executive Director of Citizens for Modern Transit and the Missouri Public Transit Association.

“There is a lot to be excited about as it relates to transit in Missouri,” Cella said. “This panel will take a look at the historic wins and challenges this year and discuss where each of their organizations go from here.  We encourage those with an interest in the impacts of public transit access to join this online forum.”