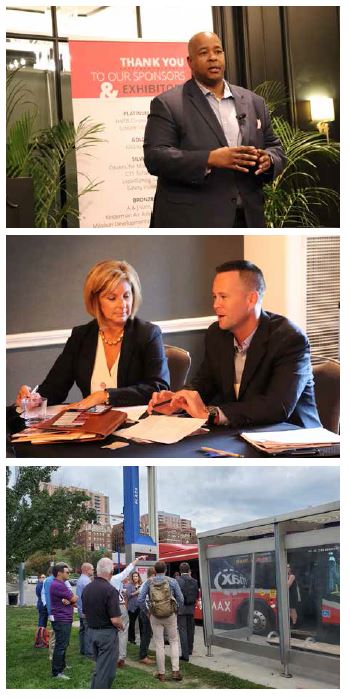 Thousands of Missouri Public Transit Association (MPTA) provider employees work collectively to provide more than 60.1 million rides a year to customers in every rural and urban county in the state. Service is offered almost everywhere, for everyone, every day. We know public transit is promoting equality, job creation, stronger economies and the vibrancy of neighborhoods in communities across the state of Missouri. Yet, there has been no data to support this – until this year.

The 2019 Economic Impact of Public Transit Services in the State of Missouri study – commissioned by the Missouri Public Transit Association, Citizens for Modern Transit, and AARP in St. Louis – has provided the state with localized numbers tied to rider demographics, economic impacts, transit agency spending and funding sources. Findings showcased that transit is delivering in Missouri and positively impacting the state’s bottom line. The direct and indirect economic output supported by public transit’s annual operations this year exceeds $3.67 billion in Missouri.

The study findings were eye opening, and the MPTA excitedly began work to share data through education and outreach efforts. MPTA also advocated for the identification of new transit funding avenues, created unique educational opportunities for members and achieved marked growth in its membership base.

While Missouri wasn’t successful in increasing state funding for transit operations this year, we hope these numbers encourage our state legislature to pause for a moment. Transit is delivering on its promise to Missouri despite the distinct lack of funding. But the impact could be bigger, better and more profound. Any increase in investment by the state of Missouri could exponentially change the game in terms of economic return. Missouri – let’s be bold, let’s fund transit.

Mark Mehmert, President of the MPTA